We make recording gear for people who understand that great sound requires attention to detail and quality engineering. We only make and sell products that we would want to use ourselves.

(A few words from Stewart about how we got started.)

“I have been repairing audio equipment since I was a teenager. Like many engineers of my vintage, I started out recording with a four track tape recorder and a couple of inherited old microphones, which included a nice sounding Reslo PR and a Shure dynamic. It wasn’t long before I broke the Reslo, which then sat in a box and followed me to university and into my first home. I liked the way it looked and was determined to fix it one day.

When the internet became a ‘thing’ in the mid 90s, a few alt. groups dedicated to old audio equipment appeared. I asked about my old Reslo and received good advice from fellow enthusiasts – including a certain Dave Royer and Mark ‘Marik’ of Samar Audio. I learned the principles and was able to order some suitable foil, and start experimenting.

Up until the 1970s the UK had some excellent audio manufacturers including Reslo, Grampian, Film Industries, STC, Lustraphone to name a few. But those companies had not been able to compete with new products from AKG and Shure. At that time, the old British ribbon mics were unloved and available for little cost. I repaired and documented as many of these microphones as I could find.

That hobby evolved into a full time job in 2007, and the Xaudia workshop was set up to repair microphones for other owners. Over the next few years, I worked with ribbon mics every day, and would estimate that I saw on 400 to 500 microphones each year for ten years. That’s a lot of microphones!  Along the way I always looked for better and more efficient ways to do things. As well as making the ribbons themselves, I had to learn about transformer design and machining new parts for old designs. It helped to have a collection of hundreds of vintage microphones for study.”

In 2017, Adam Watson came on board and together we took the plunge of launching our own range of microphones.  Extinct Audio was born.  Our ambition was that these new microphones would be brilliant, accessible, and should be made locally.

We weren’t interested in importing generic things and re-badging them. Nothing wrong with that approach but we wanted to make things ourselves. And although it is good to stand on the shoulders of those who came before us, we did not simply want clone of an old design. Our microphones share a family resemblance with the old B&O microphones,  but there are no common parts and everything has been re-designed from scratch.

And we achieved our initial goals. Almost all of the parts are made either here in our workshop in York, or by an engineering partner just over the hills towards Manchester. We make the transformers, do all the assembly and fit the ribbons in-house. Even the wooden boxes are made within 100 miles of our workshop. The standard XLR plug aside, you won’t find our parts in any other microphones!

The names of our microphones are taken from Norse mythology*. That might seem strange for a British business, but the North of England was once ruled by Denmark and York was once a Viking city. We have a little bit of Viking blood in us, and so do our microphones. 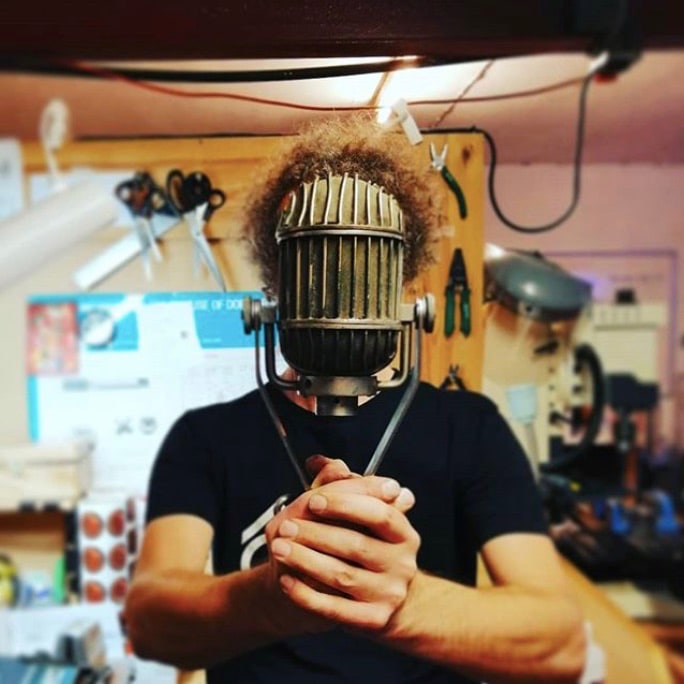 Stewart Tavener is a scientist, musician, engineer and designer, and is known as the go-to guy in the UK for vintage ribbon microphones. Since 2007, Stewart has turned his joint obsessions with music and technology into a repair and restoration service for antique microphones through Xaudia. 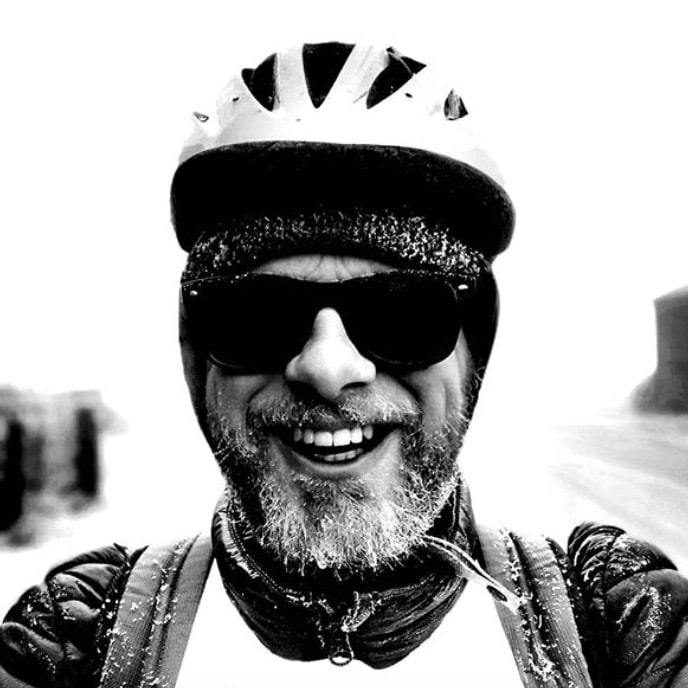 Adam Watson is a musician, engineer, photographer and educator. The punk ‘DIY’ ethos has led him on a journey from 4-track recording and fixing gear, to hot-rodding guitars and striving to design and build the best modern ribbon mics known to man!

Ant Pearson is a lecturer, web designer, artistic director, musician and all-round top bloke! An international man of mystery, few photo’s exist of Anthony, yet everyone knows who he is.

Our logo is inspired by a local legend. In the 7th century AD, Abbess Hilda of Whitby (later to become Saint Hilda) cast out a plague of snakes and turned them to stone. That’s why the beaches around the North Yorkshire coast are littered with snake-stones! In reality, these are fossil ammonites, which were often carved with heads to make them look more like the mythical snakes.

EXTINCT & the ammonite device is a registered trade mark of Extinct Audio Limited in the UK and the EU.